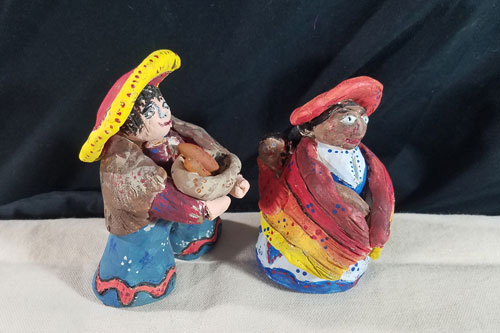 From the Pacific coast, low lands, to the rugged Andean Highlands and high plateaus, the geography of Peru is wide and varied. Like its country, Peruvians are also diverse with a mixture of indigenous, African, Asian and Spanish influences.
Each region has its own geography, traditional foods, music and customs. Traditional foods include creole dishes, a spicy stew, common in the capital city, Lima, and guinea pigs, which may be baked or roasted.
Regions have their own festivals. The Inti Raymi festival in Cuzco, influenced by the Incas worship of the Sun god, Inti, celebrates the Winter Solstice.
Spanish, African and Andean cultures have also influenced Peruvian music. The Charango, a Peruvian stringed instrument, is plucked like a Ukulele, and the cajon a box-shaped percussion instrument, is played like a drum.
Peruvians have many different beliefs and religions but the majority are Catholic. The nations favorite sport is football.

Here are some traditional clothes a Peruvian might wear:

Woman or girl
A cape worn over her shoulders and back, also called a manta or an llicilla. She may have to carry a baby on her back while she worked.
A polleras or wide skirt tied round her waist with a chumpi (belt).
A jabona or jacket made from warm alpaca wool.
A wide brimmed monteras (hat) decorated with white beads.

Man or boy
A poncho or cape
A sombrero, a wide brimmed straw hat or an andean chullo, a knitted hat made from alpaca wool

Wearing and making masks, often carved from cedar or alder wood, are a part of the culture of West Coast First Nation tradition including the Haida, Kwakiutl or Kwakwaka’wakw traditions from Haida Gwaii, Vancouver Island and British Columbia’s West Coast. Masks are worn in ceremonies and dances such as secret society and potlach dances. Some represent spirits of the woods. Often they portrayed grimacing faces which maybe blue-green, representing someone who has just escaped drowning. 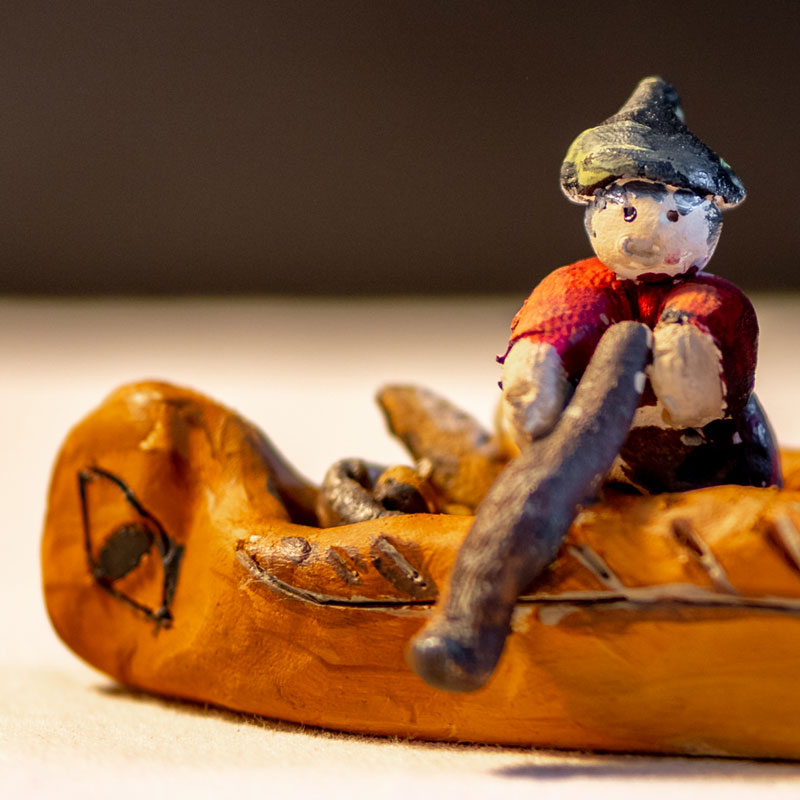 From the 1680s to 1870s  there was a big demand  in Europe  for furs and other goods from indigenous Canadian communities, and these were supplied by trading companies such as the Hudson Bay Company.  Voyageurs working for these companies, were mainly French Canadian. They travelled along waterways such as the Great Lakes and Hudson Bay, transporting heavy loads between trading posts where they traded goods and services from Europeans with indigenous communities, such as beads and guns for furs and other items.

The voyageurs’ journey was long and dangerous. They traveled in canoes made from white cedar frames covered with birch bark. The  rivers were too narrow for large boats and ships. Each canoe carried up to 2 bundles of fur each 90 lbs.  ( more than 2 bags of concrete from home depot). Journeys lasted for days so they also had to carry food such as dried peas and beans, salted pork and pemmican.  Long portages meant they had to carrying their canoes and goods across land.

Voyageurs also learned  from the culture of the indigenous communities they visited, such as customs and how to survive.

If you were a voyageur and had to make a long journey in a canoe, what would you take with you?